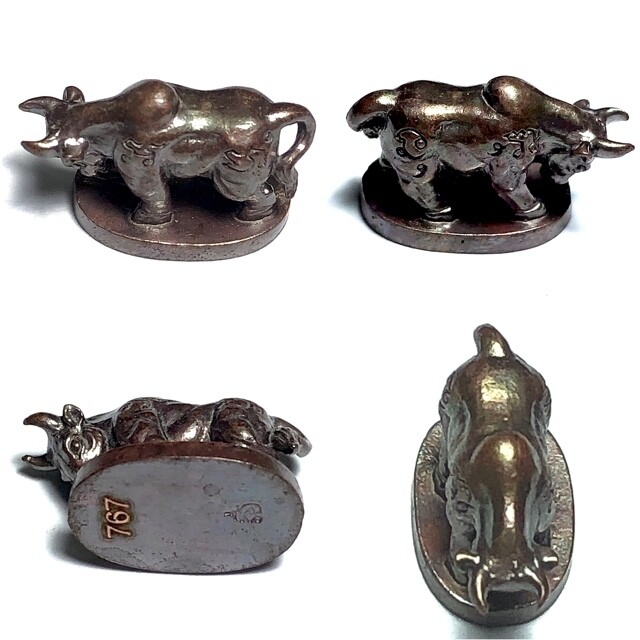 Miniature sized 1 x 1.5 Cm Wua Tanu Sacred Arrow Bull Animist Charm in Loi Ongk Statuette form, for protection of household property and also personal protection, and wealth increase, in nuea samrit phiw rung, from the great master monk, Luang Por Hwan, of Wat Klong Koon. Luang Por Hwan is a Gaeji Ajarn Master Monk of the Pijit Province, who has come to be the most commonly heard name to be present on any large and important Buddha Abhiseka (Putta Pisek) Blessing Ceremony, in all major temples of Pijit, and indeed around the Nation. 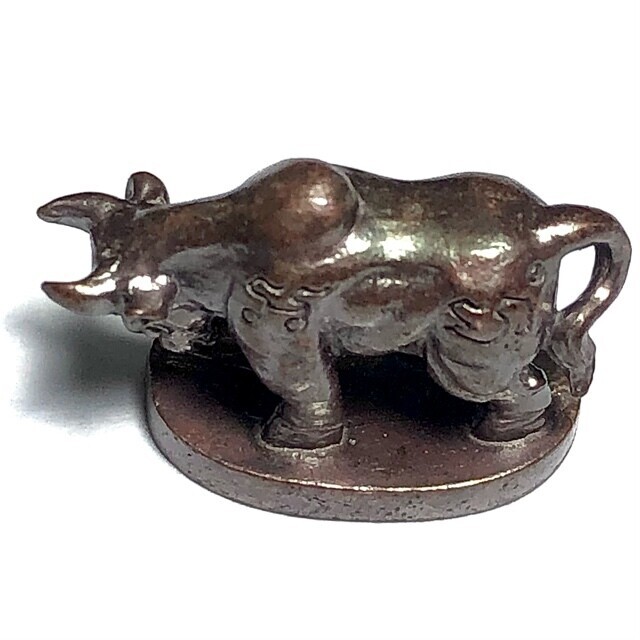 For personal Protection, one single Amulet can be carried with you, or worn within waterproof, or other kind of casing. For house protection we recommend using 4 separate Amulets to put in each corner of the household. A price reduction of $16 in total (4 x 4$ Discount on each set of 4), is given to those who buy a set of four in one go. 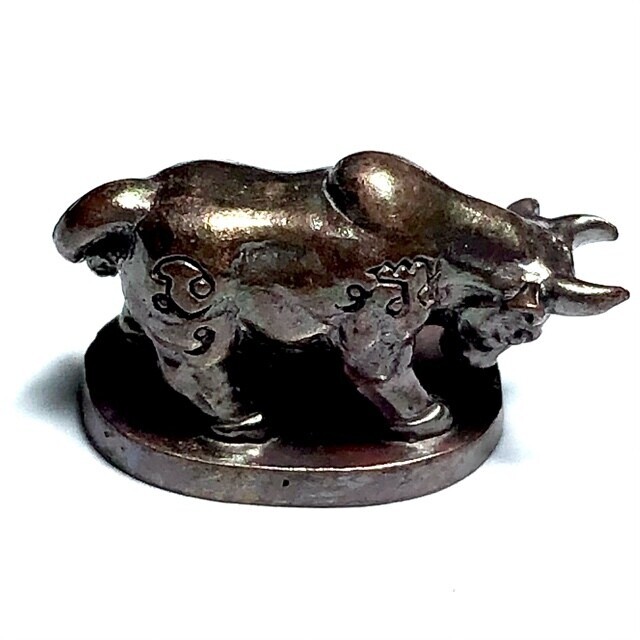 You can use Wua Tanu to watch over your house,or mark a safe area around the house, or any place where there is strong Magic. To do this, you need four Wua Tanu, and a bowl of pure water in a Khan Nam Montr vessel. 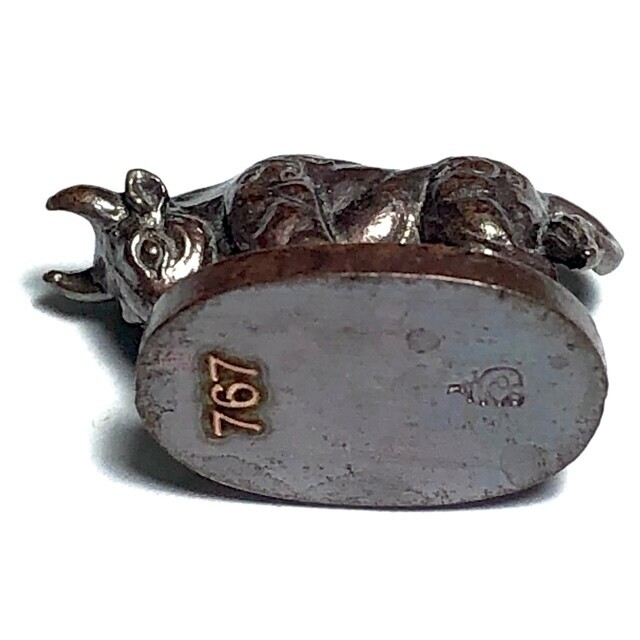 Then take the Wua Tanu and place them in the Khan Nam Montr (prayer water bowl). Then focus your mind into meditation, and think of the Buddha Dhamma and Sangha, the Deities and Kroo Ba Ajarn, and empower the prayer water by chanting the Kata into it and projecting your thoughts into the water as you blow three times into the bowl. 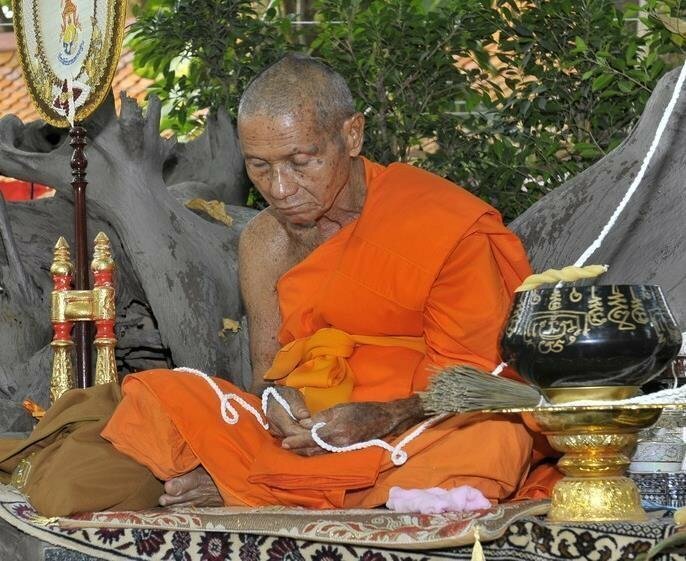 Luang Por Hwan is a Gaeji Ajarn Master Monk of the Pijit Province, who has come to be the most commonly heard name to be present on any large and important Buddha Abhiseka (Putta Pisek) Blessing Ceremony, in all major temples of Pijit, and indeed around the Nation. In 2559 BE his Meritorious accomplishments became so noticeable on a National level, that he became major news coverage, heralding the advent of a new Legendary Master, and a new chapter in the history of Guru Monks of Pijit, and their amulets. 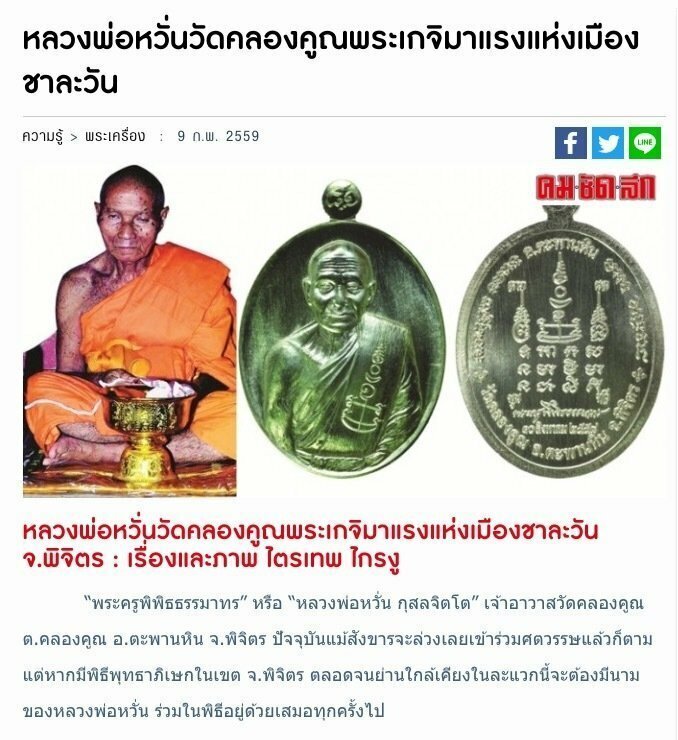 In 2559 BE his Meritorious accomplishments became so noticeable on a National level, that he became major news coverage, heralding the advent of a new Legendary Master, and a new chapter in the history of Guru Monks of Pijit, and their amulets. 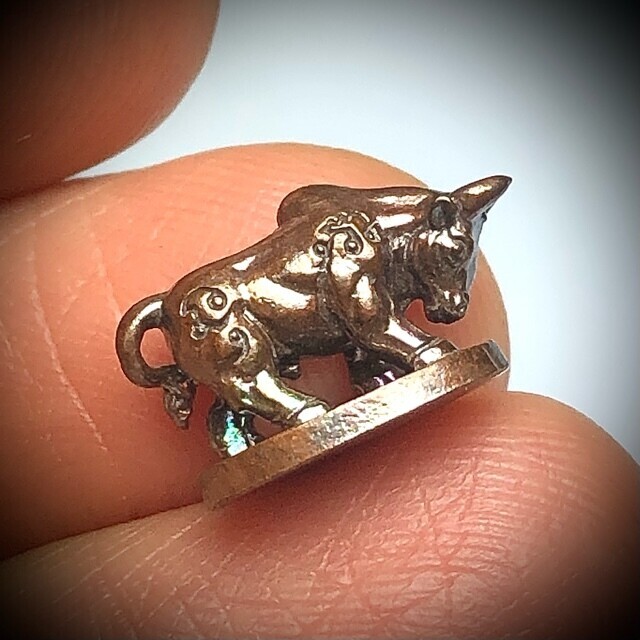 Many devotees have reported immense successes with his amulets, and his humility and luck bringing magic has become common knowledge with Thai Buddhist Folk. Since Luang Por Hwan's fame has increased, and led Luang Por Hwan to be regarded as one of the few still living Masters of Old, with truly powerful Wicha, and true purity of Practice as a Buddhist Monk, his devotees have grown in numbers greatly around the country. The need for his amulets has increased at the same incredible rate, and so the Kana Gammagarn committee of the temple created new editions to cover the needs of the devotees. 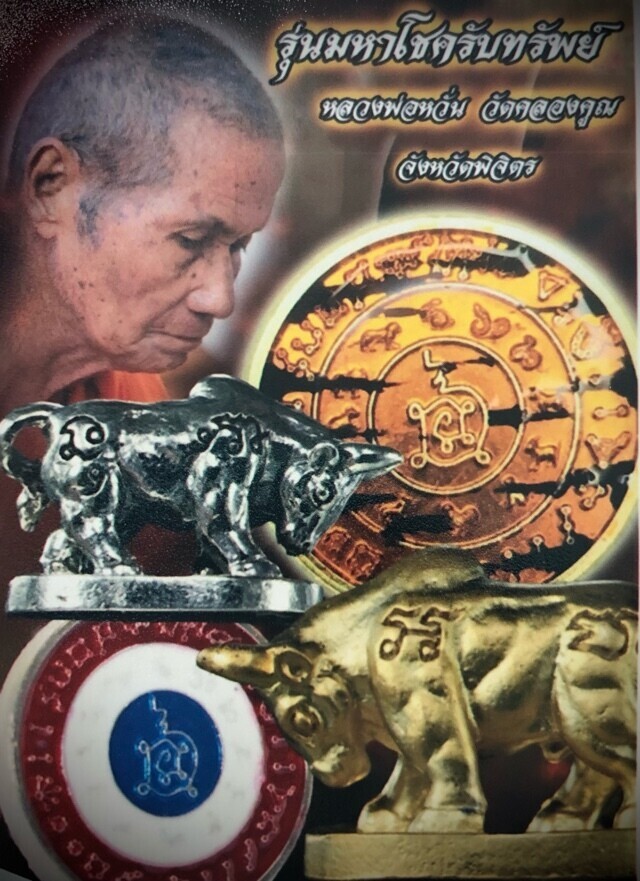 This of course increases the power of Luang Por Hwan to finance more charitable projects, and his merits increase accordingly. We are looking at a master who is despite his greatness, is still in rapid ascension. The need of Thai Buddhists to find refuge in the blessings, teachings and amulets of a Great Monk has been extreme in the years 2558-2560 BE, in the wake of the passing of many great monks in the last recent years (Luang Por Koon, Pra Sangkarach, Luang Phu Kambu, Luang Ta Maha Bua, Luang Por Sakorn and others). 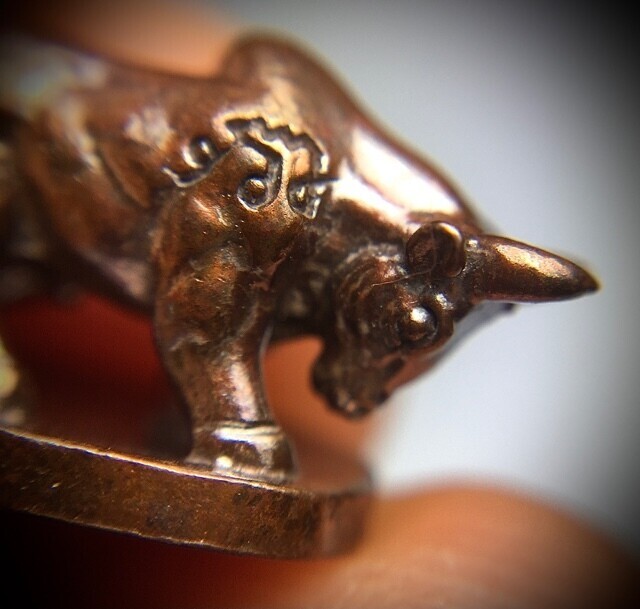 Take the four Wua Tanu, and bury them in the Earth in the four Cardinal directions. If it is a house, that has no earth to be able to dig, then the Wua Tanu should be placed in the four outer corners of the house,and the prayer water should be sprinkled around the area to be protected. 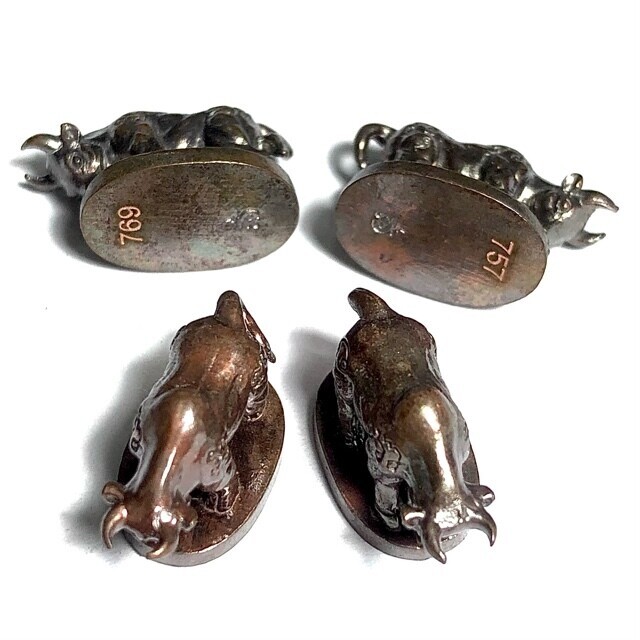 If you have a Kumarn Tong, or other forms of Phuudt or Prai which you make Bucha offerings to in the house, then you must tell the Wua Tanu by stating who is allowed to enter and leave the protected area and who not. It is a good idea to also state that any ghosts or beings that are benevolent and will bring help or auspicious blessings should be allowed to enter. 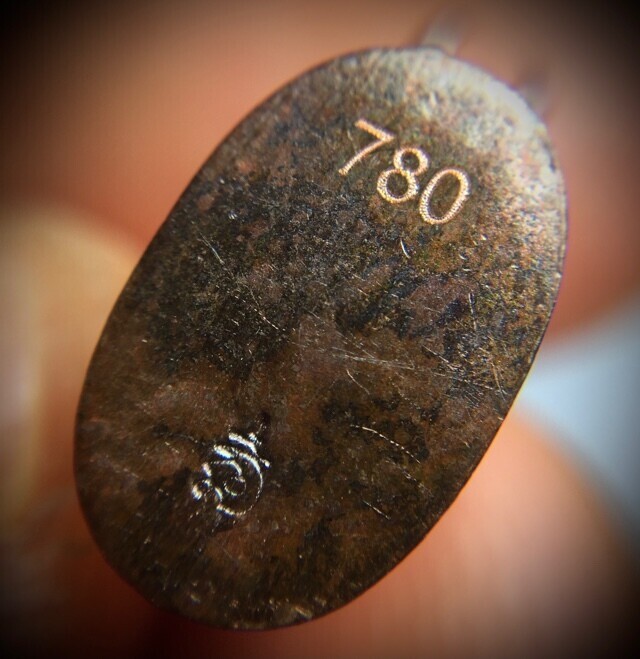 If you want to make Nam Montr to remove the power of Black Magic from a person place or object, or to banish demons and spirits, or exorcise a person who is possessed, then you must make the Nam Montr in the same way as previously explained. But this time you need to use only one Wua Tanu. Then hold the Wua Tanu in your hands and enter Samadhi meditation, focusing as strongly as possible on the Merits of the Buddha. 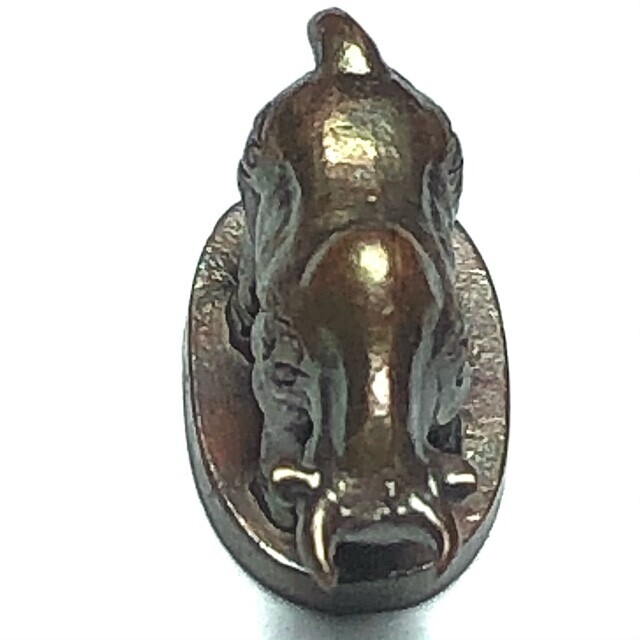 Chant Na Mo Dtassa Pakawadto Arahadto Sammaa Samputtassa 3 times, and ask for the Power and grace of the Triple Gem the Angels and Deities and Brahmas, Kroo Ba Ajarn (your teachers), and the power of the Mythic Wua Tanu to make the prayer water powerful and endowed with the ability to remove all forms of black magic and evil influence (you can specify particular purposes if you wish to be more detailed in the function of the Nam Montr). 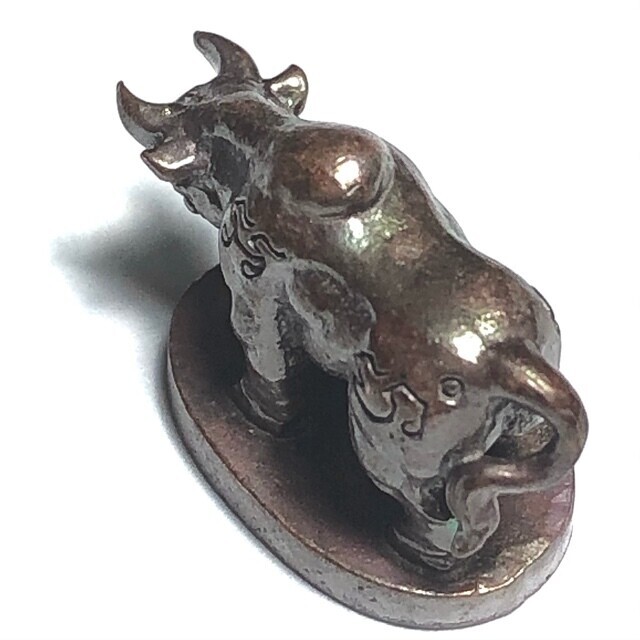 Then you can use the water for drinking, cleaning yourself and the like to remove any Black Magic spells or unlucky influences. You can wear or carry the Wua Tanu with you, or put it in your vehicle as a protection from accidents of all kinds. If there are ever any visitations or experiences with contacting dark entities, all you need to do is dedicate some of the fruits of your merits to them, and think of Wua Tanu, and they will disappear 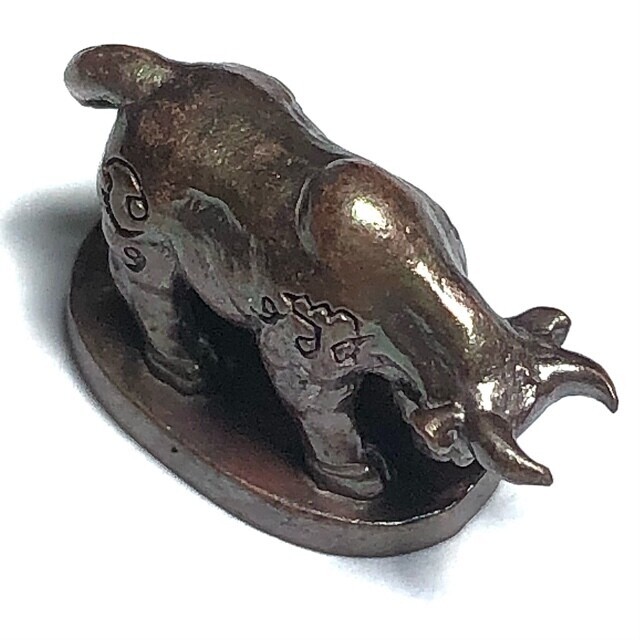 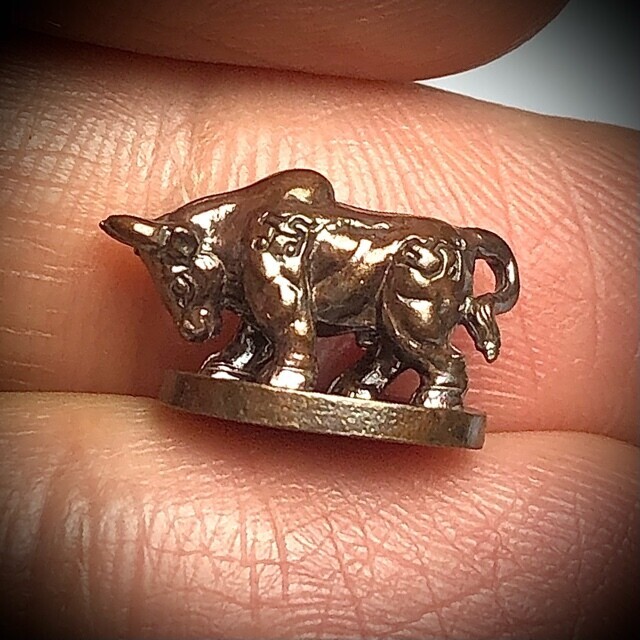