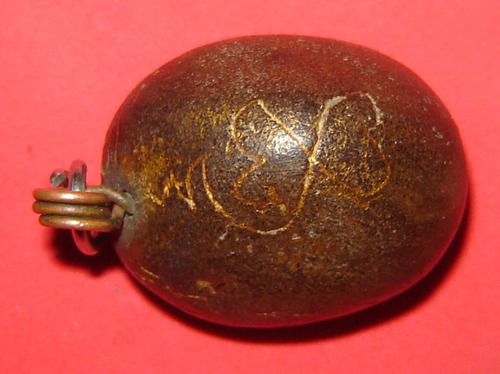 This old hand made Bia Gae is probably a single item or one of very few made by a solitary monk. The Bia Gae was found inside the folds of some yellow robes left behind by a Buddhist Monk on his travels (monks often have to renounce a robe and leave it when they find themself with more than 2 robes. The Bia Gae was found and kept in the possession of a Thai layperson for many years, until it came into our possession. 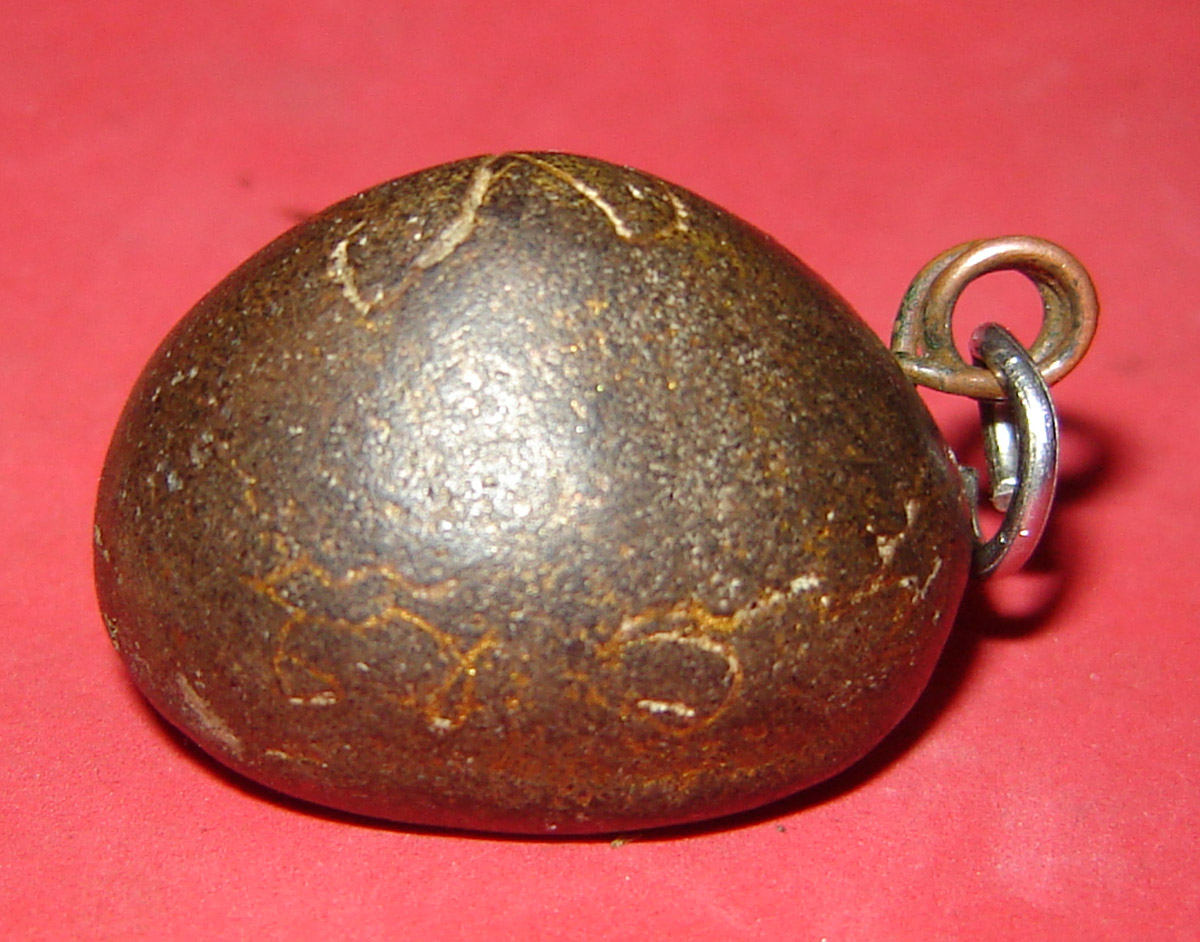 With old authentic amulets, it becomes ever less important to know the name of the maker, as can be noticed with most amulets that are over 150 years old, whereas amulets made in this cetury generate a much more avid interest in the collector as to who made it, and further details of the creation of the amulet. 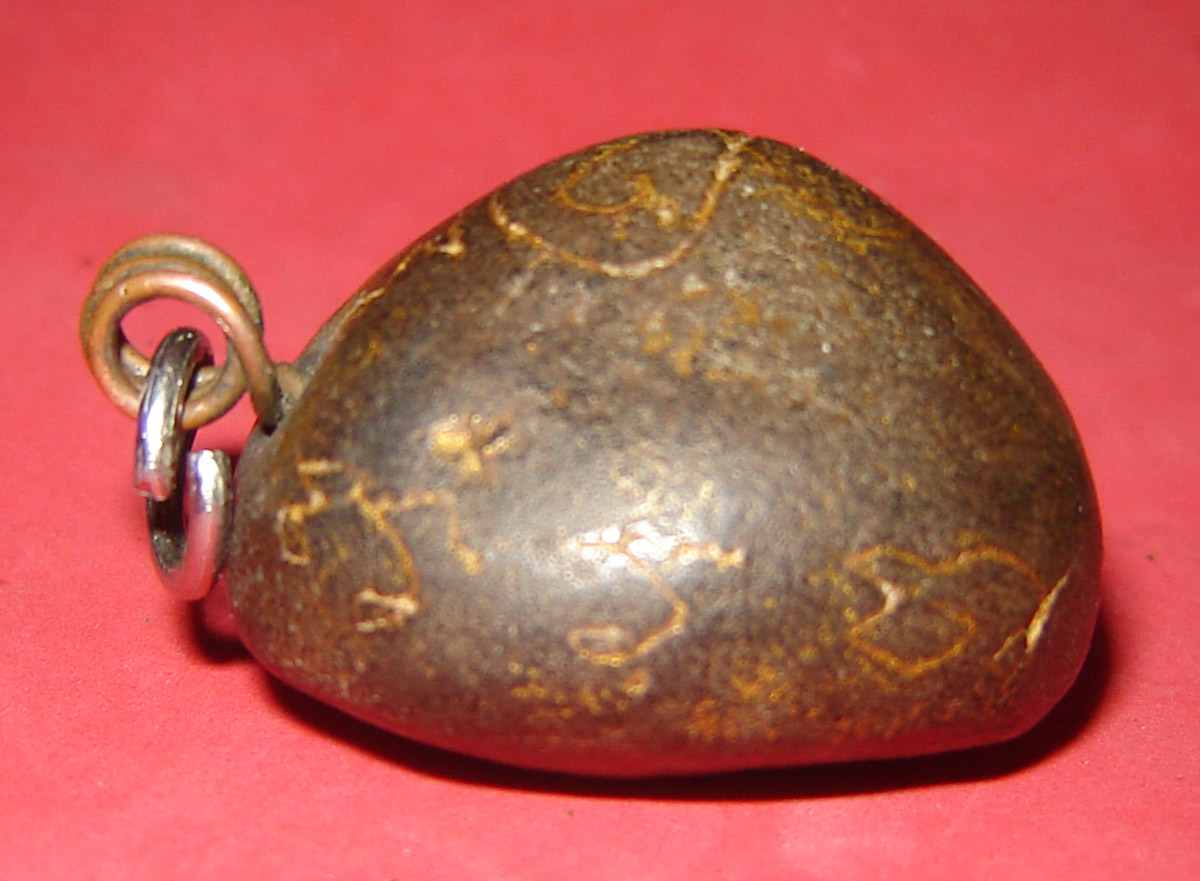 It is strange to note how most collectors of new amulets will only collect if they know where it came from, who made it and which year, what it is made from etc, whereas these matters are of no importance at all with ancient amulets. Ancient amulets require more recognition of three factors; age, which Gru they came from, and what material it is made from, which pim etc. 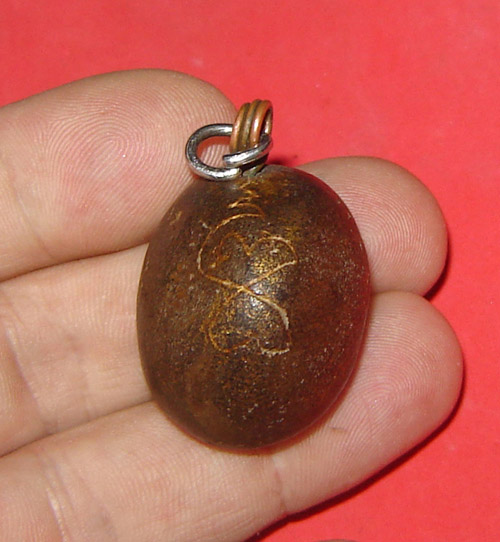 The Bia Gae rattles (as it should do) and has parot/prot element inside. This item is extremely priceworthy due to absence of info to its origins, which in no sense detracts from its authenticity or power, rather only makes it difficult to catalog and identify. This is the type of amulet that may have been made as a single item or a handful only to hand out to devotees, and is therefore also extremely collectible item with both cultural and spiritual value. The Bia Gae increases wealth and destroys poverty. Probably somewhere around 50 years old. A stain less steel ring has been added at some time as it was worn by someone.